This is the stable version, checked on 18 June 2019. Template/file changes await review.
Jump to: navigation, search 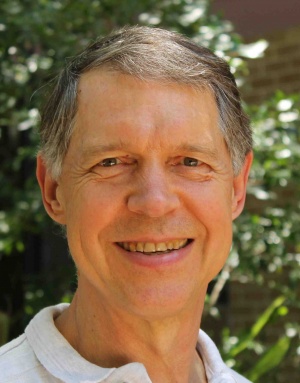 Brian Martin (born 1947) teaches in the interdisciplinary area of Science, technology, and society at the University of Wollongong in Australia, where he became a professor in 2007.[1] He was president of Whistleblowers Australia from 1996 to 1999 and remains their International Director.

Martin was born in Gary, Indiana, USA, although grew up in Tulsa, Oklahoma. He took an undergraduate degree at Rice University from 1965–1969. He left the US primarily to avoid the military draft during the Vietnam War, settling in Sydney where he received his PhD (in theoretical physics)[2] from the University of Sydney in 1976.[1][3] He also became more concerned about injustice, and joined activist organizations; he has established, and been a part of, several campaigns and organisations. He subsequently worked at the Australian National University as an applied mathematician before his position was terminated, and became a lecturer at the University of Wollongong in 1986. By then he had started to work on social issues surrounding scientific investigation.[2]

The central theme in Martin's research is the dynamics of power, with special attention to strategies for challenging repression and exploitation. He has explored power dynamics through an interplay of theory and case studies, including nonviolent action, technological vulnerability, values in science, environmental politics, institutional roots of war, dissent and scientific controversies. His backfire model is a framework for understanding tactics used by perpetrators of injustice, as well as providing various means for resisting these tactics. [4]

Martin is the author of 15 books[5] and over 200 major papers and chapters.[1] His choice of research topic and perspective is individualistic, and ranges widely. Unlike his books, many of his articles are published in unusual locations including activist magazines and online journals. In wider public life, he has spoken at a British Science Association Festival of Science,[6] broadcast on the Australian Broadcasting Corporation[7] and testified at the Australian Senate's Inquiry into Academic Freedom.[8][9]

As a social scientist interested in the dynamics and politics of controversy, Martin attempts to not take sides, while recognizing the myth of the neutral observer. [10] The controversies Martin has studied include: nuclear power, fluoridation, pesticides, nuclear winter, the origins of AIDS, euthanasia, and vaccination. [11]

Journal articles in the physical sciences

His most cited papers are: