Difference between revisions of "Rajan Sankaran" 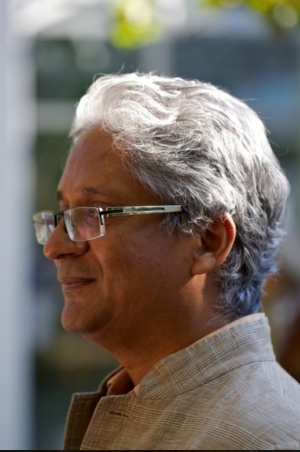 Rajan Sankaran (* May 24, 1960 in Mumbai, Maharashtra), L.C.E.H, M.D.H.(HOM), F.S.(HOM) (UK), is an Indian Homoeopath. He is regarded as one of the pioneers and developers of modern homeopathy and is one of the best-known international teachers of this healing method. In the context of Classical Homeopathy he developed various methodological approaches, most recently the so-called "Sensation Method" or "Sankaran method".

Sankaran studied medicine at the Bombay Homeopathic Medical College. He holds homeopathic seminars and lectures worldwide and has written a number of books on homeopathy. Sankaran is deputy chairman of the International Council for Classical Homoeopathy and was co-editor of the journal Homoeopathic Links. He currently leads the International Academy for Advanced Homeoeopathy in Bombay, India – ‘’The Other Song'’.

The Sensation Method according to Sankaran

In the tradition of Bönninghausen and Boger, the homeopathic group around Rajan Sankaran in Bombay developed a system that has expanded the homeopathic understanding of the nature of disease and medicines. The concept of different levels of experience and the concentration on the main complaint enable the practitioner to find out where the process is and where he or she is going during the case recording and analysis.

With the help of this method of working, a defined path is followed during the case recording, in which a basic pattern can be identified by means of body language and gestures as well as freely associated ideas, which is particularly helpful for finding the remedy. In addition, the best potency can be determined by the perception of the main level of the patient's experience.

Another essential aspect of the method is to clearly observe the patient's sensations. There is a continuous pattern in precisely described sensations, which can be found both in the main complaint and in the general condition of the patient and which forms the basis for the prescription. This is called [Vital Sensation|Vital Sensation]]. The vital sensation in the understanding of this method is not only a physical symptom or a feeling, but a comprehensive sensation that connects body and mind. The vital sensation level is deeper than that of the mind and the body - it lies at the centre of the disease.

With the help of the Vital Sensation determined in an exact case taking it is possible to determine in a systematic way which kingdom (mineral, plant, animal, fungus, bacterium) the remedy must belong to and which family within it. Thus the Bombay group took a step to a systematic homeopathy, which is also represented by other pioneers (Massimo Mangialavori, Michal Yakir, Jan Scholten).

What is seen by Sankaran's colleagues and followers as an important and consequent developement of the classical homeopathic methods, is on the other hand criticized by more conservative colleagues as a deviation from Hahnemann's original method.