Difference between revisions of "Bernardo Kastrup" 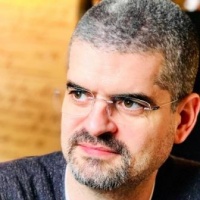 Bernardo Kastrup is a Dutch computer scientist and philosopher who has published fundamental theoretical reflections on the mind - matter - problem in Scientific American and other renowned journals.

Bernardo Kastrup has a PhD in computer engineering from Eindhoven University of Technology and specializes in artificial intelligence and reconfigurable computing. He has worked as a scientist in some of the leading research laboratories, including the European Organization for Nuclear Research (CERN) and Philips Research Laboratories. Bernardo Kastrup has written many scientific papers and books on philosophy and natural sciences.

Kastrup proposes an idealist ontology that makes sense of reality in a more parsimonious and empirically rigorous manner than main-stream physicalism (=materialism), bottom-up panpsychism, and cosmopsychism. The ontology proposed by him and some of his colleagues also offers more explanatory power than these three alternatives, in that it does not fall prey to the "hard problem of consciousness"“[1], the combination problem, or the decombination problem, respectively.
His thesis can be summarized as follows: There is only cosmic consciousness.
We, as well as all other living organisms, are but dissociated alters of cosmic consciousness, surrounded by its thoughts. The inanimate world we see around us is the extrinsic appearance of these thoughts. The living organisms we share the world with are the extrinsic appearances of other dissociated 'alters.

What is special about Kastrup is that he argues very precisely and logically, point by point, and not only appeals to a general a priori understanding or metaphysical convictions. He attaches great importance to the fact that his theory explains the empirical findings both from quantum physics and from neurophysiological research well and simply. He presents this point of view so logically, conclusively and clearly that we can assume that materialism (or physicalism) in all its variations, which is currently still considered "scientific" in ideological discussions, is fundamentally refuted or that its suitability as a scientifically meaningful explanatory principle for a comprehensive understanding of the world is disproven.